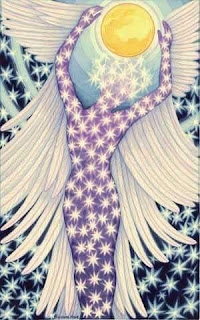 I read a novel entitled The Trick of Light. The heroine hired a private detective to find God. There were many adventures that eventually led to their grand discovery. The quests were laced with synchronicity. The mystery of God was unlocked coincidence by coincidence. When coincidence serves a purpose, we call it synchronicity. As I read, I became the characters in the book; I lived in their sense of awe.

The book reminded me of The Celestine Prophecy, and while I remembered the story line, the content of the book was long forgotten, so I reread it. The book narrative centers on a quest for and discovery of nine insights. The first insight focuses on meaningful coincidences. It says as the collective consciousness of humanity awakens, people become more aware of synchronicities. It is easier to see what is happening personally than to see changes in the collective consciousness, but it is comforting to know that the ability to have and notice guidance from the universe is increasing for everyone. Even though the insight came from a novel, I believe this to be true. We are waking up. People believe the end is near; but I believe the beginning is not only near, it is ever always here.

The universe flows in a perfectly orchestrated harmony. Some refer to this as Divine Order. The flow provides a moment by moment individual plan for our lives. The plan is always available, alive, and active. The plan is often referred to as dharma in eastern philosophy. It is the path of right action. When the mind is clear and alert, the plan surfaces. Our actions are frequently sourced by the plan, but the urges are subtle and feel so natural, we are not aware that our behavior and actions are dharmically aligned. (In case you are not acquainted with Dharma, in Hinduism, dharma signifies behaviors that are aligned with the order that makes life and the universe possible, and includes duties, rights, laws, conduct, virtues and “right way of living.”)

Even though we are romantically linked to the idea of individual free choice, it appears that our minds and choices are not as individual as we think. We have access to an expanded mind that has more knowledge and information than our local mind has experienced or accumulated. Why do we turn down a street we normally do not travel and later find out there was a traffic jam that would have held us up for an hour? Most of the time we have no idea the consequences of our actions, but theorists say that if even one thing changes in the past or present, the future is modified in numerous ways.

When people think of the plan for their lives, they look toward setting goals to achieve that plan. They look to the future for what will bring meaning and purpose into their lives. They work hard to make their dreams come true. There’s no problem in doing that – it can be somewhat effective, but most people don’t figure out what will make them happy, and, after years of following a dream and accomplishing their goals, they feel even less fulfilled.

Lady Gaga spoke at Yale’s Emotion Revolution Summit in 2015. She shared her struggles. At one point she thought about giving up music. She felt lost and was doing too many things she did not want to do. She found that the more she said no to the things she did not want to do, the more she liked herself. She chose to be in line with her path of right action rather that doing what would further her career. Do you remember her speech when she won an Oscar? She said that people told her that her music would not work. By that time, she lived from her dharma, not her drama. She followed the trail of her heart and became a superstar. Though we may not obtain awards for our actions or career achievements, we all are called to be superstars in our own lives. We do not want to play our lives to please others, nor do we want to tower above them; we want to stand equal in the light of brilliance that we all share.

What if we truly inhabit the present moment, tune into our emotions and bodies, in addition to our heads, and live from that space? Certainly, there would be more synchronicities and a greater awareness of meaningful connections.

We are superstars when we live from the mystery of our lives rather than the mastery of them. It is time give up trying to do important things and trying to be important; what we need is to be present, alert, and aware. When we do, we find that not only do we discover more adventure and satisfaction than our intellect could have planned for or manufactured; we find that life becomes EZier and EZier.

Posted by annesermonsgillis at 9:47 AM No comments: